If a child has short stature, their pediatrician may discuss a referral to an endocrinologist. Decisions about whether or not to refer a child to a specialist and specialists’ decisions on treatment are complex. They include consideration of both physiologic and on physiologic factors.1

One of the important nonphysiologic factors influencing referral is parental concern about the psychological effects of short stature on the child.1,2 Some parents believe that short stature will lead to low self-esteem, poor school performance or difficulties with peer relationships. These attitudes might influence decisions about starting growth-promoting therapies, administration strategies and length of the treatment.3 Finkelstein et al. showed that physicians were 40% more likely to recommend growth hormone treatment for a child when the family showed strong interest in the treatment.4

Do views regarding short stature differ between parents who are referred to and seek care from a pediatric endocrinologist and parents who are not referred? And do the attitudes of these two groups change over time?

Those are the questions Max Feldt, DO, Pediatric Endocrinologist, Children’s Mercy Kansas City, and his colleagues addressed when comparing attitudes among parents whose children were referred to endocrinologists for short stature to parents of children with heights <10th percentile presenting to their pediatricians for a regular visit who were not referred. Results were published in the May 2020 edition of the Journal of Pediatrics.5

Some of the data from the referred cohort have previously been published, but nothing has been published about their attitudinal changes over time.4 To explore this uncharted territory, Dr. Feldt surveyed these same groups of parents (both referred and controls) 15 years later. In addition to asking the parents about the child’s final height and growth-promoting therapy, he also studied the factors that predicted changes in parental attitudes about short stature, from baseline to follow-up.

This was a rare opportunity to compare parental attitudes regarding stature at baseline, and then 15 years later. We were able to show that parents’ perceptions can change over time, and that referral to an endocrinologist at baseline had a positive impact 15 years later.

At baseline (1993-1994), parents were surveyed about their attitudes regarding their children’s height. The researchers compared parents of children (aged 4-15 years) referred to endocrinologists (referred,154) with those of children with heights <10th percentile seen by pediatricians during regular visits (control, 240). At follow-up (2008-2009), 103 control and 98 referred parents completed a similar survey. Dr. Feldt then made a logistic regression analysis to observe changes in perception, including:

At baseline, parental perception of the impact of short stature on their children was worse in the referred group than in the control group.

Referral to an endocrinologist was a better predictor of psychosocial improvement than was final adult height or change in height since the original study. Being treated was not associated with a perception of fewer psychosocial problems. Untreated control and referred children gained considerably in height SD score over 15 years, reaching similar adult heights.

The remarkable finding in this study was that the parents of children who were referred to an endocrinologist were more likely to perceive an improvement in their child’s psychological outcomes than did the parents of children who were not referred, even when controlling for whether the child received treatment, or the child’s final adult height, or change in height since baseline. This finding was true for measures of self-esteem, treatment by peers and ability to cope, and suggests that, for at least some parents, referral to an endocrinologist might be therapeutic in itself.

“Often, parents focus on stature when their child is otherwise healthy,” Dr. Feldt said. “At Children’s Mercy, we recommend having these conversations and addressing questions regarding stature with families and patients separately. This is an important part of the medical care we provide, preserving the child's self-esteem. This study gives us the data to reassure parents their attitudes may change over time, and helps the family and the endocrine provider to make better medical decisions on the child’s behalf.” 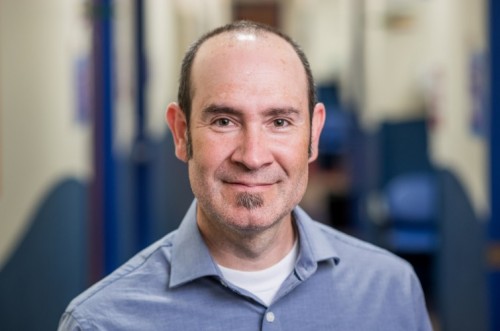