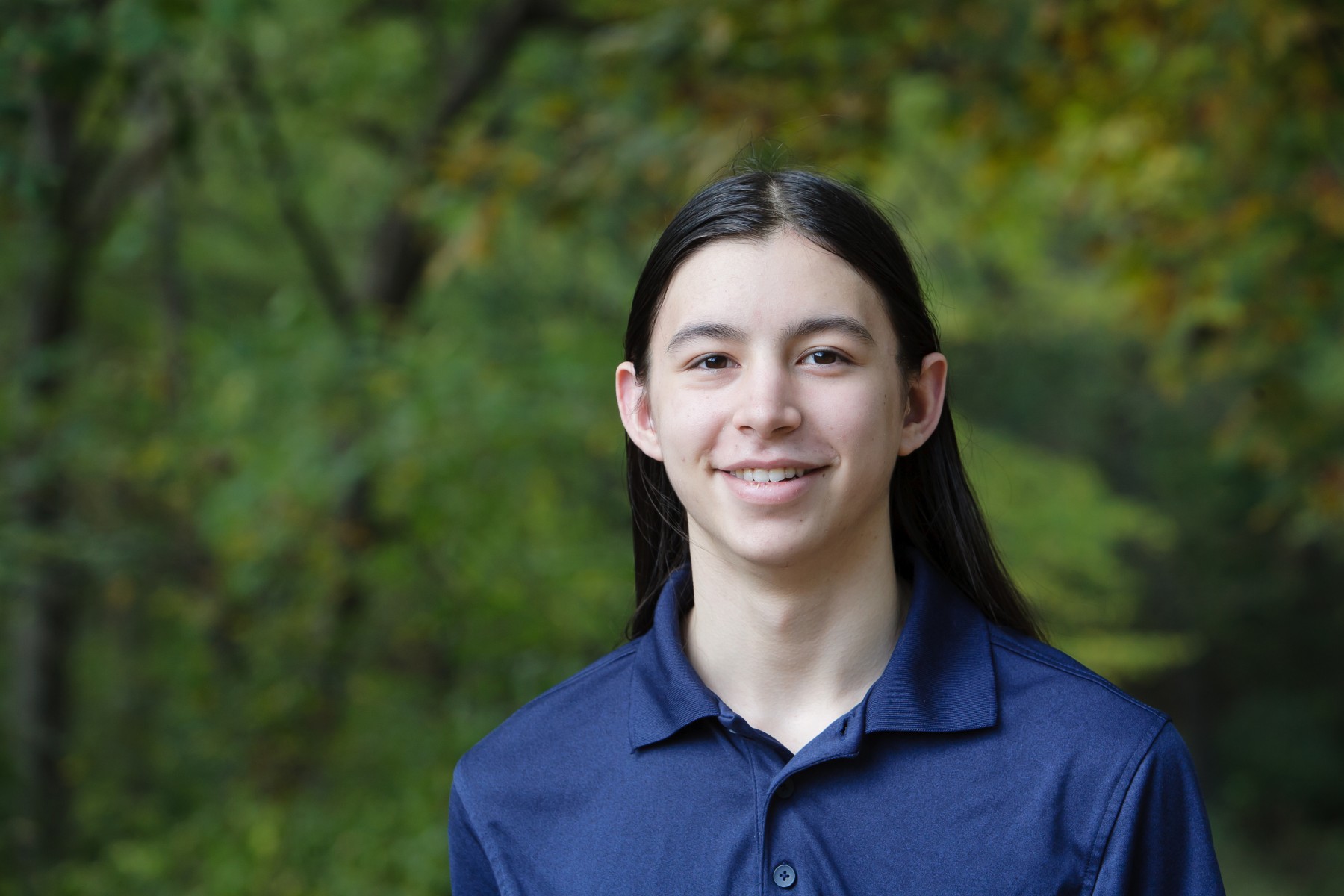 Except for some unusual bluish pigmented spots around his mouth and lips, Toby Nguyen seemed like a healthy child until age 6. That was when the Warrensburg boy began experiencing excruciating stomach pain and vomiting every time he tried to eat.

“Toby couldn’t keep anything down,” said his mother, Sarah Nguyen. He lost 15 pounds and eventually was put on a liquid diet and feeding tube. Unfortunately, even that didn’t solve the problem.

As his condition worsened, Toby was referred to a gastroenterologist in another city where he was treated for cyclical vomiting syndrome.

“His symptoms were being treated, but not the cause,” Sarah explained. After a number of hospitalizations, Toby was diagnosed with a small bowel obstruction, then underwent emergency surgery to remove it, along with several polyps.

That was when genetic testing confirmed Toby has Peutz-Jeghers syndrome, a rare genetic condition caused by a mutation in the STK11 gene. An earmark of the condition is small, dark-colored spots on the lips, around the inside of the mouth and near the eyes and nostrils, spots like Toby has.

“Peutz-Jeghers is so rare, even though we asked about the spots when Toby was a baby, I don’t think anyone knew at that time what caused the pigmentation,” Sarah said.

Normally, the STK11 gene prevents cells from growing and dividing rapidly, acting as a tumor suppressor. But the mutation Toby has can cause multiple polyps to form in the stomach and intestines during childhood or adolescence.

In turn, the polyps can cause frequent bowel obstructions, chronic bleeding and abdominal pain. Peutz- Jeghers also increases the lifetime risk of developing malignancies of the gastrointestinal tract, lungs and pancreas. Though the problem can be inherited, no one else in the Nguyen family has been affected.

Once Toby was diagnosed, Sarah said they began searching for an expert in the condition, traveling out of state for ongoing care until 2012 when Children’s Mercy started the Polyposis Center.

“We were thrilled,” Sarah said. ““We are the type of people who will drive 10 hours to find the right help for our child. But it’s much easier to drive an hour and know that Children’s Mercy can take great care of him, and we need a lot of care!”

Toby is monitored every six months with capsule endoscopy for polyp development, and every year he needs an endoscopy, colonoscopy and a double balloon enteroscopy.

A veteran of three surgeries to remove abdominal obstructions, it’s double balloon enteroscopy, or DBE, that’s made the biggest difference in the teen’s care recently. DBE is a procedure that’s available at Children’s Mercy and just a handful of hospitals nationwide,

“Toby mentioned that he was having some abdominal pain,” Sarah said. “Over the years we’ve learned that could mean he’s developing an obstruction.”

“I tried to ignore the pain and just live a normal life,” the 15-year-old said, “but I am glad that Dr. Attard is diligent and was able to take care of this quickly.”

“Traditional CT scans, MRI studies and capsule enteroscopy allow you to visualize the upper and lower gastrointestinal tract. They don’t help us look at the 17 feet of small intestine in the middle, but DBE does. That’s where Toby often has a problem,” Dr. Attard explained.

DBE involves the physician utilizing a series of balloons to anchor the scope while slowly advancing it through the small intestine in a caterpillar-like fashion. Performing the test is labor intensive and requires a highly skilled operator, another reason many pediatric hospitals don’t offer it.

In addition to patients with Peutz-Jeghers, DBE is used to diagnose and treat patients with inflammatory bowel disease, and gastrointestinal conditions that could not be diagnosed using traditional testing.

“These studies can take as long as five hours to perform,” Dr. Attard said. “Double balloon enteroscopy is the gold standard of care for patients like Toby. With it, we can intervene to take a biopsy or remove a polyp,” said Dr. Attard. “DBE can help us avoid open surgery for these patients.”

And that’s exactly what happened.

“Toby did have a large polyp causing an obstruction, but Dr. Attard was able to use DBE to remove it. He went home the very same day. Compared to surgery and a three-week recovery, it really is remarkable!” Sarah said.

Going forward, Toby will continue to need screenings every six to 12 months to monitor for polyp development and potential malignancies.

“We know these patients are at risk, so we strive to create a plan that includes long-term surveillance to detect a problem before it develops. That way, kids like Toby can live a normal life.”

Sarah said that’s just what Children’s Mercy is helping her son do. Toby will graduate high school next year and head off to college early where he plans to major in mathematics. When he’s not in the classroom, he’s practicing classical piano at least an hour every day, usually Chopin.

“The screenings and procedures they do at Children’s Mercy mean we don’t have to live in fear that Toby will have to have to have surgery. We know they have the capability of doing DBE and removing these obstructions before they become severe,” Sarah said.

“We have a lot of experience with hospitals and you can’t ask for anything better than that. You really can’t. I feel very lucky we live so close to Children’s Mercy.”