Out with the bad, in with the good 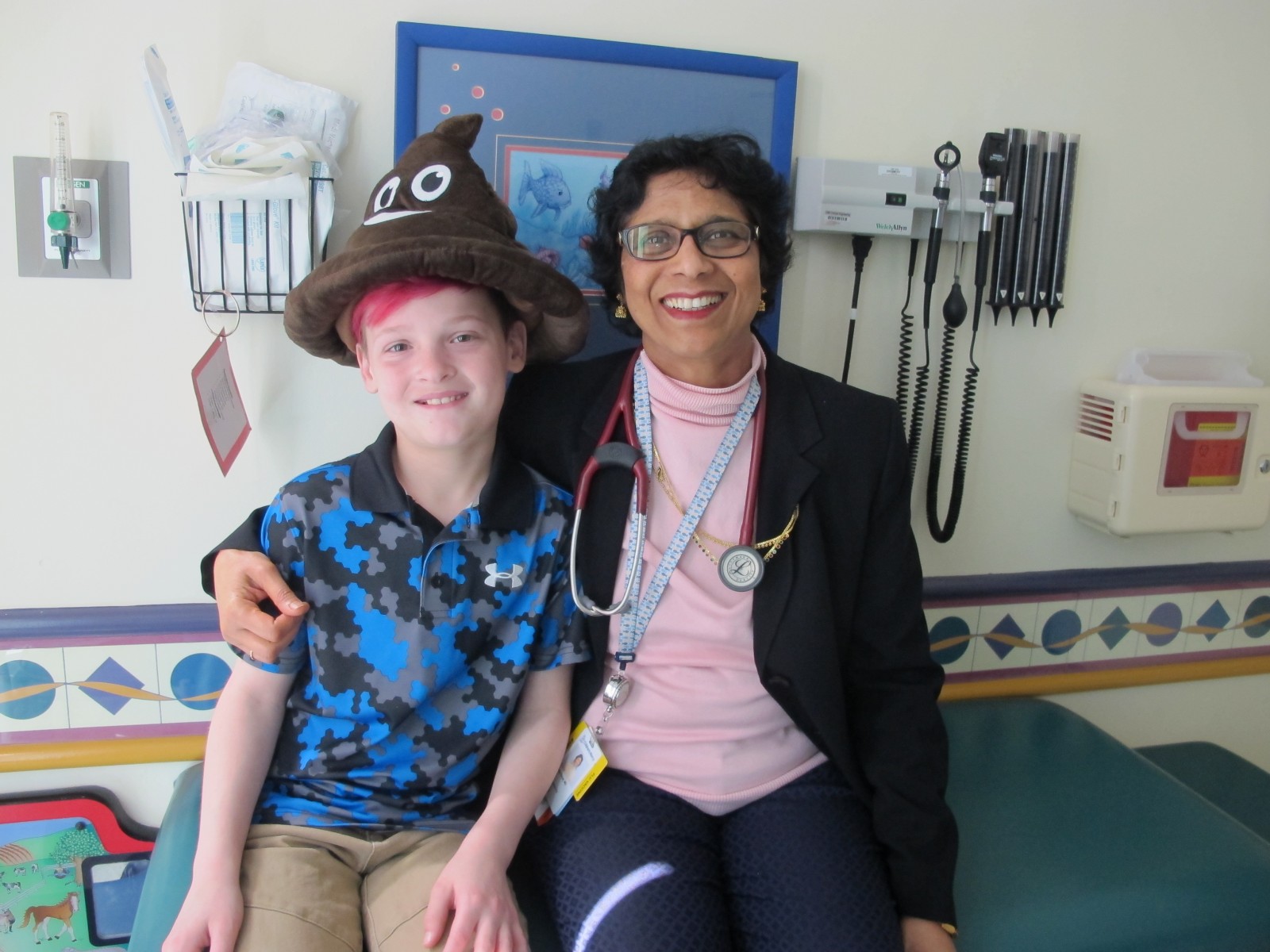 Recurrent C Diff infections are often caused by antibiotic use. Dr. Alka Goyal, of the Children's Mercy Gastroenterology Division, explained that intestines contain both “good” and “bad” bacteria. Use of antibiotics can disrupt the delicate balance between the two.

FMT restores that balance by transplanting screened and filtered fecal matter, or stool, from a healthy donor into the small intestine of a recipient.

“Patients may get C Diff if they receive antibiotics to treat, for example, ear, throat or urinary tract infections or pneumonia,” Dr. Goyal said. “Sometimes you can just stop the antibiotics and the infection will go away, but in the last 20 years more virulent strains of C Diff have developed that don’t settle down just by withdrawing the antibiotics.”

Continued antibiotic use keeps killing off bacteria (good and bad), and the body becomes unable to retain a healthy balance.

“We know that about one in four patients who gets a C Diff infection has a recurrence, and if there is one recurrence, a second or third infection becomes more likely,” Dr. Goyal said. “C Diff has been treated with antibiotics for a long time, but emerging literature and studies show that fecal transplant is far more effective. By doing a single fecal transplant, 80 to 85 percent of patients can be cured of recurrent C Diff.” Cure rates are even higher on second transplants: “I would not say it’s a 100 percent cure, but it is about as close to 100 percent as it can get.”

One of Dr. Goyal’s first fecal transplant patients was 10-year-old Jayden Wood, a fourth-grader at Bell Prairie Elementary School in Kansas City, Missouri, who has managed Crohn’s disease since age 3 and had experienced recurrent CDIF for over a year before his procedure in February 2018.

“Jayden had severe diarrhea and stomach pain,” Dr. Goyal said. “Every time we checked his stool it was positive for CDIF. He got relief when we treated him with antibiotics, but when we stopped them, ‘Boom!’ the symptoms came back. We were worried that his Crohn’s disease was worsening, but the symptoms were actually because the CDIF wasn’t getting out of his system.”

“He would have seven or eight stools a day, and it’s not easy to manage school if you have to go that many times,” Dr. Goyal said.

Jayden was one of the cases Dr. Goyal used to push for establishment of a fecal transplant program at Children's Mercy. When she proposed the procedure to the Woods the family (especially Jayden’s mother, Melissa, a nurse practitioner), did background research and decided to proceed.

“After our first meeting with Dr. Goyal, we realized we had an advocate, and for a doctor to be an advocate for your child is crucial,” Jason said.

Jayden’s procedure was performed on a Friday, and within hours success was obvious.

“By the following Sunday, we could see a dramatic change,” Jason said. “He was up and moving around, was lively, had more energy, and wasn’t in pain. That was pretty amazing, and he has yet to complain about stomach pain. We thought it would work, but we didn’t know it would work this well.”

Dr. Goyal said Jayden’s compliance was a significant factor in his successful treatment.“I’d have to say, Jayden is a real superstar,” she said. “I told him to make some changes in his diet, and he didn’t flinch…his attitude was, ‘If this is going to make my health better, that’s what I’m going to do.’ I’m proud of him. He’s a good kid!”

Jayden’s father said, “Dr. Goyal is quite strict, and that’s a good thing. We appreciate it, both from a parent’s side and a patient’s side.”

Jayden said he feels great, and his advice for other children who are candidates for fecal transplant is, “Don’t be nervous!”

Fecal transplantation is not available to patients younger than 1.5 years, but all other ages served by Children's Mercy are eligible (unless they are on ventilators, have a central line or are at a high risk of complications). It is an outpatient procedure that does not require a hospital stay.

“It is a very safe procedure that is more cost-effective than continued use of antibiotics,” Dr. Goyal said. “Most insurance companies agree that fecal transplant is the right way to treat recurrent C Diff, and patient satisfaction is very high because they’re in and out of the hospital and don’t have to go through a lot of pain and discomfort.” Side effects may include abdominal cramps, bloating, gassiness and nausea, but those are uncommon and not severe.

Transplantation can be done by the lower route (colonoscopy) or by the upper route (a tube that goes into the nose, to the stomach and sometimes into the upper part of the small intestine). The patient is treated with antibiotics and bowel cleanout to decrease the bacterial load before the procedure so that the healthy stool can colonize easily.

The transplanted stool has been pre-screened to ensure no infections are present. The chosen donors are very healthy individuals who can also be family members. Since screening for various infections is expensive, Children's Mercy uses fecal suspensions prepared by a stool bank, which is a more economical option.

In fact, Dr. Goyal is preparing a research study on the feasibility of using fecal transplantation for Crohn’s Disease, and children like Jayden who continue to be sick despite not having C.Diff will be included in the study. “There is a growing interest in expanding this promising therapeutic approach, and it is exciting that Children’s Mercy has chosen to invest in this research.”

Out with the bad, in with the good