BPD: A Common Complication of Prematurity

Bronchopulmonary dysplasia (BPD) remains the most common complication of premature birth.1,2 Currently, the most accepted definition of BPD is the need for oxygen or respiratory support at 36 weeks’ postmenstrual age (PMA).

There are a lack of published guidelines and national standards for treating infants with severe BPD/CLD. However, the Children’s Mercy Kansas City Neonatal Intensive Care Unit (NICU), an 84-bed Level IV regional neonatal referral center, saw the need to establish a dedicated multidisciplinary CLD team to care for these infants, and was one of the first in the nation to do so.

Launched in 2010, this team follows a standardized approach to the diagnosis and management of infants with BPD/CLD who do not respond to standard therapies.

A total of 267 patients hospitalized from 2008 to 2018 were identified for a retrospective analysis. Patients born from 2008 to 2009 with CLD served as a reference data point but not a comparison group prior to the establishment of the CLD Multidisciplinary team in 2010.

Characteristics of this patient population:

Since 2010, mortality has improved for infants with tracheostomy cared for by the dedicated Multidisciplinary CLD team at Children’s Mercy. Most patients were categorized as having primary pulmonary and airway conditions that evolved into what is broadly considered chronic lung disease of infancy (CLDI), while one-quarter of the cohort had the strict definition of severe BPD.

Though not addressed in this study, unique to Children’s Mercy is the continuum of care that extends beyond NICU discharge for these patients via the Infant Tracheostomy and Home Ventilator Program. This neonatology-driven program, led by Winston Manimtim, MD, Neonatologist and Medical Director, is the only one in the U.S. serving as a medical home for these patients in a multidisciplinary setting with other key subspecialists, including pulmonologists, gastroenterologists and otolaryngologists.

This team’s improved survival rates in preterm infants with tracheostomy have been highlighted in other recent studies.

Improving the Odds for Technology-Dependent Infants

A recent survey done by the Children’s Hospital Neonatal Consortium found that among 31 children’s hospital NICUs, 41% had a self-designated multidisciplinary BPD team (unpublished data), indicating that more and more NICUs are realizing the benefits of implementing a consistent, coordinated multidisciplinary approach to caring for these inpatients.

This paper includes resources, such as guidelines and quality improvement projects, to help other providers investigate and develop a multidisciplinary team approach to care for this complex infant population. 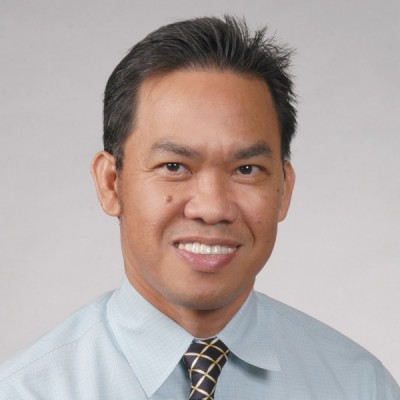