Engineered TREGS as a Biologic Therapeutic

Their research is centered around regulatory T cells (Tregs), which control the immune response in a variety of inflammatory conditions. Their novel approach seeks to engineer regulatory T cells from conventional, inflammatory T cells for use in treating patients suffering from conditions associated with unwanted or disordered inflammation, such as autoimmune disease, transplant rejection and others. This advancement in science could make a difference in the lives of these patients and potentially result in a medicine-free survival.

In 2013, the team began examining the basis of CAR-T cell therapies for the treatment of leukemia and lymphoma. This technology is now well known and is used to transform T cells into cancer-specific killer cells. Dr. Fischer and the team wanted to turn this idea on its head and determine if it would be possible to teach T cells to “act” more like Tregs. Instead of killing targets, could these engineered Tregs go to areas of inflammation and reduce the activity of the immune system? In conditions where there is an abundance of inflammation or a genetic condition where patients are not producing enough Tregs, the team knew that increasing the number of Tregs could halt unwanted inflammation. The research team began exploring the possibility of engineering Tregs out of normal T cells.

While Treg cells have been extensively studied in recent years, this research represents a new way of thinking. Previously, efforts had been made to overexpress forkhead box P3 (FOXP3) factor within T cells — which has shown some limited success in controlling inflammation. But the researchers found improved results by adding the specialized transcription factor Helios (Ikzf2) from the Ikaros Zinc Finger (IkZF) family that regulates the hematopoietic cell development, including that of CD4+ T cells. The team engineered conventional human T cells to express both Helios and FOXP3 transcription factors and become “engineered Tregs.” They infused the altered cells into a mouse model of graft-versus-host disease, where a mouse without its own immune system is given human immune cells. This model reflects the unwanted immune activity that happens when patients receive a stem cell transplant and the donated cells begin attacking the recipient. The team was able to show that their modified T cells suppressed inflammation in mice like Tregs. This resulted in increased survival of the affected mice, thus becoming the first group to use Helios to improve the clinical function of engineered Tregs.

Years of Research Resulted in Patent

The work of Drs. Fischer and Markiewicz is the culmination of work that began several years ago with financial support from the Tripp family, who have worked with Children’s Mercy following the liver transplant of Brendan Elam Tripp in 2012. Dr. Fischer originally began the research with Thomas M. Yankee, PharmD, PhD, a Professor of Microbiology, Medical Genetics and Immunology at The University of Kansas Medical Center. Unfortunately, Dr. Yankee passed away from cancer in 2017. Following his passing, his colleagues continued their efforts to develop anti-cancer immunotherapy and immunomodulatory therapy for use in disordered inflammation. Dr. Markiewicz continued the work with Dr. Fischer and assumed the role as the principal investigator on the study.

Critical to the success of continuing the research will be partnerships with industries. The team worked with Marcia Molina, Director of Technology Transfer and Commercialization in the Children’s Mercy Center for Pediatric Innovation, who facilitated the patent of the technology and the license with a biotech company in the summer of 2021. In November 2021, the team received three additional years of funding from Children’s Mercy to continue the research. They have also submitted a grant to the Juvenile Diabetes Research Foundation and are exploring the option to get federal funding in the future.

Dr. Fischer developed an early interest in this field of study and sparked his love for the translational sciences during his pediatric residency and fellowships, working in the lab of Angus W. Thomson, PhD DSc, at the University of Pittsburgh. Dr. Thomson works with dendritic cell therapy with the intent to do the same thing — create a more tolerant environment and prevent the rejection of organs.

Currently, patients who undergo treatment following an organ transplant require daily medication to prevent the liver from being rejected by conventional, inflammatory T cells. The goal of this research is to engineer cells that allow the patient’s own immune system to take care of the liver and prevent inflammation. This could mean medication-free survival of patients who receive a transplant. In patients with autoimmune diseases like Type 1 diabetes or other conditions with unwanted inflammation, this biologic therapeutic could “teach” the immune system to protect the organ system or systems being attacked. Ultimately, Dr. Fischer hopes to bring this cell-based therapy to pediatric patients using the resources, creativity and cutting-edge scientific support of the Children’s Mercy Research Institute. 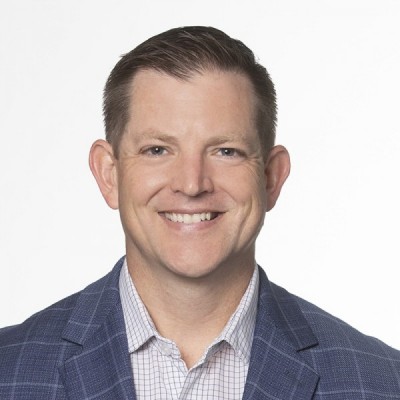 Engineered TREGS as a Biologic Therapeutic