The National Institutes of Health estimates that 10,000 to 15,000 babies born in the United States develop bronchopulmonary dysplasia (BPD) each year. The risk of developing BPD increases the earlier a baby is born and the lower the birth weight. Infants born weighing less than 2.2 pounds are at the greatest risk for BPD. The number of cases of BPD has been increasing, most likely because of modern advances in medicine, which have enabled doctors to keep more very low birth weight, premature babies alive than in the past.1

Not all premature babies develop BPD. But what makes some more susceptible to BPD than others? That’s what Venkatesh Sampath, MBBS, MRCPCH, Neonatologist and Medical Director of the Neonatal Diseases Research Program at Children’s Mercy Kansas City, wanted to know.

Studies of infants who die of severe BPD have revealed severe disruptions in lung vascular growth and alveolar development. Unfortunately, little is understood about the molecular mechanisms that regulate normal lung vascular growth, limiting understanding of defective vascularization in BPD.

Though lung development is a highly complex and regulated process, Dr. Sampath’s lab focuses on key lung vascular genes such as the delta-like 4 (DLL4) gene that are important for lung air sac development. While DLL4’s role in embryonic and retinal vascular development is known, this is one of the first studies where anyone has looked at this powerful gene and its role in lung development in both mice and humans. Based on earlier work, Dr. Sampath hypothesized that DLL4 is required during critical stages of lung development for formation of lung blood vessels and alveoli (air-exchange units).

Then, they used a mouse model specially bred for this research lacking one copy of the DLL4 gene. They found that the mice also expressed DLL4 early in lung development in the lung endothelial cells. Dr. Sampath’s research showed that when the mice were missing one copy of this gene, the lung’s alveolar sacs and blood vessels didn’t develop as they should, indicating how important DLL4 is to lung development.

His research showed that DLL4 serves as a major regulator of normal lung vasculature, triggering a series of actions that signal to the endothelial cells when and where to grow and form new blood vessels. The lack of DLL4 resulted in disordered lung vessel formation initially that finally resulted in fewer lung blood vessels.

Dr. Sampath also found that when DLL4 is deficient in EC, alveolar type 1 (AT1) cells, the cells that line all alveoli and facilitate gas exchange, were also reduced. This results in impaired lung growth and air sac development. In a final step, they also showed that lung EC obtained from the human developing lung also require DLL4 for normal blood vessel branching.

Dr. Sampath’s results support “the vascular hypothesis” from a lung development perspective by indicating that DLL4, an endothelial gene, is required for distal lung morphogenesis. This research team also demonstrated that hyperoxia, a major risk factor for BPD in premature infants, inhibits DLL4 expression in the developing mouse lung and human lung endothelial cells, indicating a potential role for DLL4 in BPD.

Future studies will examine cross-talk between endothelial cell DLL4 and other cell types required for distal lung development, and the relevance of deviant DLL4 signaling to impaired vascular development in BPD affecting preterm infants. The relevance of DLL4 signaling in BPD will be investigated in preclinical models of BPD using human genetics and cadaveric samples of infants who died of BPD. The lab is also testing therapies in preclinical models of BPD that can rescue deficient DLL4 signaling and the BPD phenotype. Ultimately, Dr. Sampath and his colleagues may one day work on therapeutic targets that may increase the DLL4 gene, protecting premature infants against lung injury. 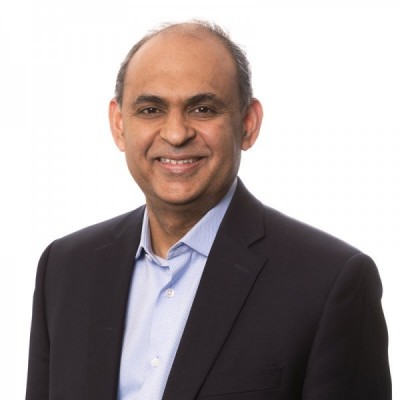