How Tracheostomy Affects Development in Infants With Severe BPD

Tracheostomy enables infants with severe bronchopulmonary dysplasia (sBPD) to live at home while still receiving respiratory support from a ventilator for a prolonged period of time. Concerns that the use of tracheostomy will hinder language, cognition and motor skills, however, prevent many parents from choosing home care for their child, which provides a more developmentally supportive environment.

Winston Manimtim, MD, neonatologist and Medical Director for the Children’s Mercy Infant Tracheostomy and Home Ventilator Program, recognized the lack of evidence-based findings in current literature on the impact of tracheostomy on development. Because the program at Children’s Mercy has treated more than 200 infants with BPD since its inception in 2005, Dr. Manimtim saw an opportunity to design a retrospective study to explore assumptions related to the impact of tracheostomy on language and development. His goal was to test this hypothesis:

The retrospective study looked at records of Children’s Mercy patients who fit these criteria:

This cohort was compared with infants hospitalized within the same time period who were born at less than 36 weeks’ gestation and developed sBPD but were able to be weaned off mechanical ventilation and did not require tracheostomy.

Of the 137 infants evaluated for inclusion, 54 infants met the criteria to be analyzed for the study:

Numerical composite scores were determined for each of the main scales of development. Each composite score was then used to determine the equivalent qualitative range of impairment, such as profound, severe, moderate, borderline, and so on, using the standard psychometric conversion table.

According to analysis of each patient’s scores, the team determined that tracheostomy does not impair language, cognition or motor skill development. This finding is important because some literature has postulated that performing a tracheostomy might independently contribute to neurodevelopmental delay, due to the fact that the placement of the tube stifles a baby’s ability to cry or produce verbal sounds. Creating new understanding may lead more parents to choose a tracheostomy and at-home ventilator care for their infant. For Children’s Mercy patients, this care method offers a 95% survival rate, which exceeds the national rate of 90%. In addition, reduced health care costs and increased developmental benefits are associated with at-home care.

Rates of BPD, a frequent complication of extreme prematurity, are rising along with the increased survival of the most immature infants. Of all babies, 10%-12% are born premature. Of these, 5% have sBPD and are dependent on a ventilator. The identification of treatment options that provide prolonged ventilator assistance and respiratory support, with no hindrance to cognitive, verbal or physical development, is crucial to ensuring the health and long-term well-being of these patients.

Dr. Manimtim and his team wrote a paper on the study and its outcomes. “Impact of Tracheostomy on Language and Cognitive Development in Infants with Severe Bronchopulmonary Dysplasia” was published in 2019 in the Journal of Perinatology.1

With the completion of this study on the impact of tracheostomy on speech and cognitive development, Dr. Manimtim is urging other pediatric centers to conduct a similar study of their own data to validate the results. He also plans to build in data points as new developmental testing metrics become available for the BPD patient population at the two- and three-year marks.

The patient population from this study will also be leveraged to explore respiratory outcomes and how respiratory health impacts growth, as well as to examine how the multidisciplinary team approach has impacted patient care since implementation.

Children’s Mercy is also part of a multicenter collaborative study, consisting of 16 hospitals that are looking at long-term outcomes for patients with sBPD after they leave the hospital. Currently, little data exists for these children. The group is in the process of defining the patient population.

In addition, Dr. Manimtim is considering a study in collaboration with other children’s hospitals that looks at the timing of tracheostomy and its impact on development. The study will aim to develop an understanding of whether achieving adequate respiratory support earlier via tracheostomy might protect the brain and allow improved neurodevelopmental outcome. 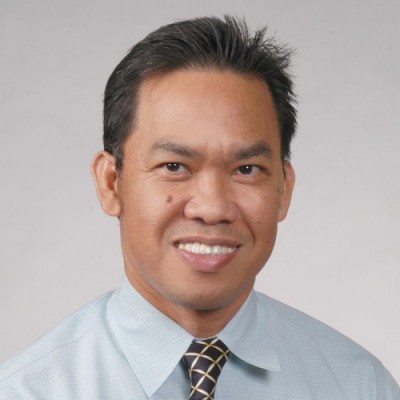 How Tracheostomy Affects Development in Infants With Severe BPD