Leg Movements During Sleep in Children

Identifying the Effects of Age, Gender and Iron Status

Young children often present at the Children’s Mercy Kansas City Sleep Center with complaints of snoring, insomnia, daytime sleepiness or just being a restless sleeper. If repeated limb movements are identified during the sleep study, it can help explain poor school performance, hyperactivity or lack of focus.

Baha Al-Shawwa, MD, pediatric pulmonologist and sleep medicine specialist at Children’s Mercy, set out to investigate age as an important factor related to leg movements (LMS) and periodic limb movements (PLMS) during sleep in children. In this large study with over 1,000 pediatric patients, the relationship was studied after adjusting many confounding factors such as iron status (ferritin levels), gender and other sleep parameters based on polysomnogram data.

Existing normative data for pediatric LMS and PLMS lacks information on ferritin/iron status, despite the fact that it is a major confounding factor. The question central to the new study was: Will age continue to be a factor for LMS/PLMS in children once we control for ferritin level and gender? The goal was to uncover additional factors that could help sleep medicine specialists modulate LMS and PLMS in pediatric patients.

At the conclusion of the data analysis, the team discovered two factors associated with increased LMS and PLMS:

Although these factors had been noted in existing literature, they were not corrected for underlying ferritin level state. In addition, the Children’s Mercy study covered a much larger population, including patients as young as 12 months, whereas most of the existing literature used a cutoff of approximately 5 years of age.

Surprisingly, and of great clinical interest to the team, minimal to no relationship between limb movements and ferritin levels was found. The association of ferritin levels with restless leg syndrome (RLS) is well-established in the literature, but this association is more tenuous for PLMS.

The team then questioned why ferritin levels were not associated with LMS/PLMS. One possibility they mentioned was that serum ferritin does not accurately reflect brain iron stores, and therefore will not reflect the resulting symptoms. This is supported by earlier studies that demonstrated significant differences in CSF ferritin levels but not in serum ferritin levels between adults with or without RLS.

As a result, Dr. Al-Shawwa concluded that age and gender should be considered when interpreting limb movement indices in pediatric sleep patients, regardless of ferritin level.

Dr. Al-Shawwa’s paper on his research and findings has been accepted for publication in the Journal of Clinical Sleep Medicine. In addition, he presented his findings at a poster session during SLEEP 2018 in Baltimore.

Although the study confirmed that age plays a major role in LMS/PLMS in children irrespective of iron status, the reason for this has not yet been identified. Therefore, the next step is to perform in-depth analysis of the normative data. The goal is to determine other factors that may play a role and lead to the development of more effective care protocols in treating restless sleep for pediatric patients, ultimately improving the health of children.

Learn More About the Sleep Center 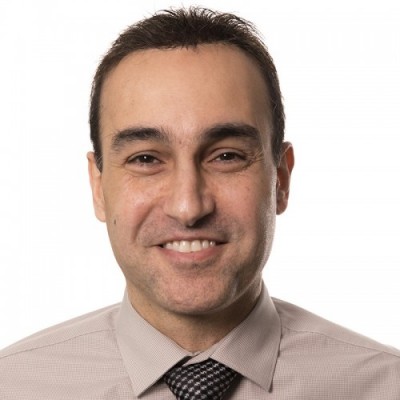 Leg Movements During Sleep in Children