Representing the Needs of Pediatric Patients

Recently, Valentina Shakhnovich, MD, Physician-Scientist with the Division of Pediatric Gastroenterology, Hepatology and Nutrition and Division of Clinical Pharmacology, Toxicology and Therapeutic Innovation at Children’s Mercy Kansas City, served as a co-author on the international guidelines for dosing PPIs published in August 2020 by the Clinical Pharmacogenetics Implementation Consortium (CPIC). The organization’s goal is to bring precision therapeutics to the patient’s bedside.

Dr. Shakhnovich, who has conducted novel research aimed at understanding the sources of variability in PPI treatment response in children, was the only pediatric gastroenterologist invited to contribute to the guidelines, which were developed based on expert opinion from pharmacogenetics leaders in the field.

Therapy Targeted to the CYP2C19 Gene

PPIs have been among the most commonly prescribed medications in adults and children, due in part to the perception that they have a high safety-to-risk profile. However, a large body of evidence is emerging that links adverse events with long-term PPI use.2 Adverse events have included electrolyte imbalances (e.g., hypomagnesemia), infections, kidney disease and bone fractures.

Clinical CYP2C19 genotype testing results can provide clinicians with information to facilitate appropriate dose selection of PPIs. Essentially, the guidelines created dosing recommendations for first-generation PPIs, including omneprazole, lansoprazole, pantoprazole and dexlansoprazole. Based on genetic testing, patients can be divided into seven phenotype categories, ranging from ultra-rapid metabolizers to poor metabolizers. The guidelines recommend increasing the standard starting daily dose for ultra-rapid metabolizers, as well as for normal and rapid metabolizers when treating specific disorders like erosive esophagitis and H. pylori gastritis, while reducing the standard starting dose for those who are intermediate and poor metabolizers, especially if considering long-term PPI therapy.

The CYP2C19-guided PPI dosing recommendations also apply to pediatric patients. PPI use in children is common and continues to increase. PPIs have U.S. Food and Drug Administration-approved indications in children for the short-term treatment of symptomatic GERD, healing of erosive esophagitis, treatment of peptic ulcer disease, and eradication of H. pylori. They are also considered the standard of care for pediatric eosinophilic esophagitis. However, off-label and potentially inappropriate use of long-term PPI therapy in children is also common, particularly in infants less than 1 year of age for uncomplicated, physiologic, gastroesophageal reflux and colic.

For children older than 1 year, there is emerging evidence that CYP2C19 genetic variation influences PPI pharmacokinetics and treatment response. A recent pilot study of CYP2C19 genotype-guided dosing of PPIs in children has been promising, and additional studies are ongoing. These investigations support genotype-based optimization of PPI therapy for children. However, very low clearance in preterm infants and infants less than 2-3 months old makes recommendations in the neonatal population more challenging to support.

Dr. Shakhnovich is conducting clinical research investigating the use of noninvasive breath test technology to identify children who would benefit from PPI dose adjustment based on the new CPIC treatment guidelines. The team involved in this line of research is assessing the utility of the 13C-pantoprazole breath test, which only requires the patient to breathe into a bag in lieu of a blood draw for genetic testing, with promising results.

Dr. Shakhnovich and her collaborators at the University of Missouri-Kansas City, University of Kansas Medical Center, The Center for Children’s Healthy Lifestyles and Nutrition, and Texas Christian University will present their findings in March 2021 at the American Society for Clinical Pharmacology and Therapeutics virtual meeting. A sneak peek at the data suggests that this test could offer a clinically useful, noninvasive method to identify children who would benefit from PPI dose escalation or dose reduction in as little as 60 minutes, without the need for a blood draw.

Long-term Benefits of PPI Guidance in the Pediatric Population

The benefit of using CYP2C19 genotype information to guide PPI therapy is that patients with phenotypes predictive of lower plasma drug concentrations from a given PPI dose can be identified upfront, and prescribed an increased starting dose of medication to increase the likelihood of PPI efficacy.

Conversely, for patients on chronic PPI therapy with phenotypes predictive of slower drug clearance and therefore higher systemic exposure to PPIs over time, clinicians may want to consider a dose reduction to minimize the risk of toxicity associated with long-term PPI use (overexposure).

These recommendations provide essential guidance, especially for pediatric patients who may begin PPI treatment at an early age and who may potentially be exposed to these medications over a much longer period of time than adults. 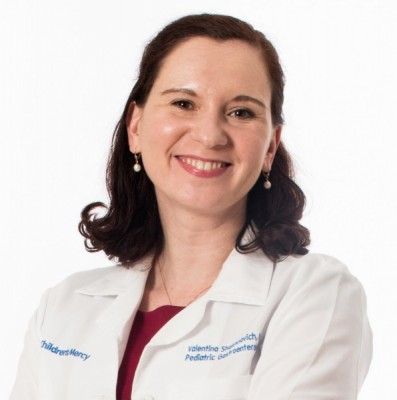