Approximately 2.5 million infants are born at less than 32 weeks’ gestation worldwide every year, with approximately 75,000 of them born in the U.S. Many of these preterm infants develop the severe form of lung disease bronchopulmonary dysplasia (BPD) and have poor lung function. The longer-term effects can range from prolonged oxygen therapy to increased morbidity after common lung infections.

Postnatal steroids are among the few medications shown in randomized trials to be beneficial in ameliorating BPD. But there is wide variability across the specialty of neonatology related to treating premature infants with a medication that requires practitioners to walk the fine line between safety and efficacy.

In fact, a policy statement issued by the American Academy of Pediatrics on the topic concluded, “Because available data are conflicting and inconclusive, clinicians must use their own clinical judgment to balance the adverse effects of BPD with the potential adverse effects of treatments for each individual patient. Very low birth weight infants who remain on mechanical ventilation after 1 to 2 weeks of age are at very high risk of developing BPD.”1

To provide neonatologists with better guidance when treating these infants, researchers with the Division of Neonatology at Children’s Mercy Kansas City in the Center for Infant Pulmonary Disorders are examining several clinically important questions using a combination of internal and external funding. These questions include:

As an active member of the BPD Collaborative, an international consortium of 26 institutions, and the Children’s Hospital Neonatal Consortium (CHNC), the goal for these researchers collectively is to utilize sophisticated databases and testing to help answer these questions for neonatologists in the U.S. and across the globe, eventually establishing more definitive guidelines related to caring for this vulnerable patient population.

Evaluating the Timing of Postnatal Corticosteroid Treatment for BPD

In the Level IV NICU at Children’s Mercy Kansas City, there was a wide variability with regard to timing of steroid treatment among preterm infants with evolving BPD. Alain C. Cuna, MD, Neonatologist, Assistant Professor of Pediatrics, University of Missouri-Kansas City School of Medicine, noticed that some clinicians chose to treat infants who remained intubated on moderately high ventilator settings at around 2 to 3 weeks of life. Others opted to delay treatment until the baby’s lungs had more time to mature and additional efforts to wean them from mechanical ventilation had been ineffective.

To examine the association between timing of steroid treatment and outcomes in high-risk preterm infants with evolving BPD, Dr. Cuna and his colleagues conducted a retrospective cohort study of preterm infants treated with low-dose dexamethasone for BPD in the Children’s Mercy NICU.

Infants treated with dexamethasone at day of life (DOL) 14 to 28 (moderately late group) were compared to infants treated at DOL 29 to 42 (delayed group).

Despite being the sicker group, moderately late-treated infants (14 to 28 days) were discharged at an earlier corrected age compared to infants with delayed treatment (29 to 42 days). In the Children’s Mercy cohort, earlier treatment also was associated with fewer days on mechanical ventilation, and fewer days on supplemental oxygen, as well as less treatment with repeat or rescue steroids. There was also a trend toward more tracheostomy among delayed-treated infants.2

These findings led Dr. Cuna and his colleagues to conclude that among preterm infants, earlier treatment with steroids could potentially modify the disease trajectory and allow for the sicker cohort to have better outcomes compared to delayed treatment.

With this first study being limited to a small cohort, Dr. Cuna and his colleagues sought to validate their results in a larger patient database. Working with the CHNC, they posed the same question regarding timing of corticosteroid treatment and outcomes, this time via a multicenter retrospective cohort study looking at data from January 2010 to December 2016 from the Children’s Hospitals Neonatal Database and Pediatric Health Information System database.

The study population included preterm infants <32 weeks’ gestation treated with systemic corticosteroids after 7 days of age and before 34 weeks’ postmenstrual age. Stepwise multivariable logistic regression was used to assess the association between timing of corticosteroid initiation and the development of Grade 2 or 3 BPD as defined by the 2019 Neonatal Research Network criteria.

The results from this much larger database were recently published in Pediatric Pulmonology.3 The results mirrored the findings that Dr. Cuna identified in the initial retrospective study at Children’s Mercy. In short, later initiation of treatment among preterm infants with systemic corticosteroids was associated with a higher likelihood of developing Grade 2 or Grade 3 BPD when compared to earlier intervention.

Based on this data, neonatologists at Children’s Mercy implemented a quality improvement project titled, “Using quality improvement to implement consensus guidelines for postnatal steroid treatment of preterm infants with developing bronchopulmonary dysplasia.” The project goal was to achieve over 90% adherence to consensus guidelines on use of postnatal steroids (PNS) in preterm infants for BPD within six months.4

Dr. Cuna’s overall objective is for the data to better inform guidelines and best practices regarding the best time to administer corticosteroids to premature infants with BPD for optimal results at other NICUs. 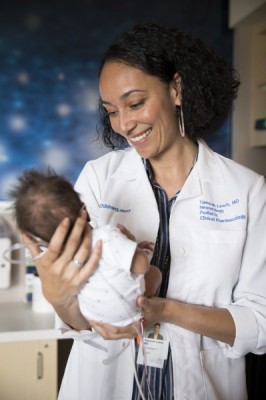 Tamorah Lewis, MD, PhD, and William Truog, MD, both Children’s Mercy neonatologists, were awarded a two-year, $455,856 R21 grant from the Eunice Kennedy Shriver National Institute of Child Health and Human Development to assess the genomic and metabolomic markers that correlate with steroid response in a group of preterm infants who have evolving BPD.

Their project is called “Less Lumping, Smarter Splitting: Genomics and Metabolomics of Systemic Steroid Response in Bronchopulmonary Dysplasia.” Their work complements the research done by Dr. Cuna, helping to clarify the genomic and metabolomics biomarkers of clinical response as a mechanism to identify a group of infants with the most favorable risk/benefit ratio, thus moving the field of BPD treatment toward precision medicine.

By better understanding steroid response variability, the team hopes to move BPD therapy into the age of personalized therapeutics in this group of infants using pharmacogenomics and pharmacometabolomics. In fact, Drs. Lewis and Truog believe their research has the potential to shift the paradigm from largely unexamined 20th Century population-based dosing regimens, with little account for patient inter-individual variability, toward a precision medicine approach.

To do this, they are using contemporary tools (genomics, metabolomics) to identify infants with the greatest likelihood of therapeutic benefit with the naturally associated minimization of development of adverse events by preventing steroid exposure to infants unlikely to respond. This precision therapeutics approach addresses a large gap in current knowledge and may lead directly to improved pharmacotherapy for infants with BPD.

Another long-standing gap in the care of premature infants with BPD is the inability to accurately measure pulmonary function and response to treatment with bronchodilators.

Though there are several types of equipment and techniques that are FDA-approved for these purposes in adults and children, there are currently no lung function tests that are practically feasible, clinically meaningful and widely used in infants.

Winston Manimtim, MD, Neonatologist and Medical Director, Infant Tracheostomy and Home Ventilator Program, is supported by intramural funding from Children’s Mercy and is investigating the use of forced oscillation technique (FOT) to measure respiratory mechanics in premature infants with BPD. 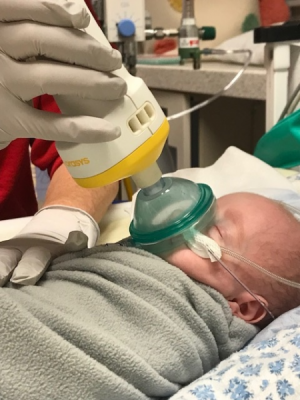 FOT is a noninvasive method that employs small amplitude pressure oscillations superimposed on normal breathing and therefore has an advantage over conventional lung function techniques because it does not require the performance of respiratory maneuvers. To date, this technique is FDA-approved in adults and children but remains largely experimental in infants and newborns.

A new device aimed specifically at newborns and infants (0 to 2 years of age) called tremoflo N-100 (“Neo”) uses a facemask to measure lung function at the patient’s bedside in only a few minutes while the infant sleeps normally. It uses an adapted version of the airwave oscillometry (AOS) to calculate the impedance of the lungs and quantify airway obstruction.

Though this device has been used to evaluate respiratory mechanics in newborn and term infants, to Dr. Manimtim’s knowledge, it has not been used in premature infants who are recovering from initial respiratory distress syndrome (RDS) and are developing BPD.

The study design is a pilot prospective cohort of 20 Children’s Mercy patients who successfully complete testing over the next year. In those subjects who are already being treated with a bronchodilator as part of their BPD medical management, a post-bronchodilator FOT measurement will be done 30 to 60 minutes after treatment to compare any changes in pulmonary mechanics.

When the study is completed, Dr. Manimtim hypothesizes that FOT and this new technology may tell researchers if a medication is actually working and, if so, how well the infant is responding, further advancing the ability to individualize these therapies for maximum benefit.

These researchers are focusing their collective efforts on finding better ways to individualize treatment for preterm infants at the highest risk for developing BPD, prescribing the right medication at the right dose and at the right time in their development. The division is using multiple research modalities, including database studies, prospective cohort studies and new device studies to answer these important questions related to BPD therapeutics.

By doing so, they can better inform the risk/benefit ratio for corticosteroids, ensuring the infants who receive these treatments will benefit most. 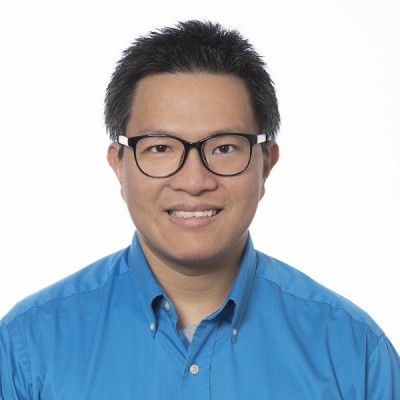 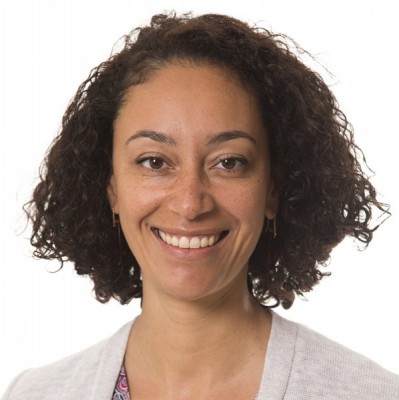 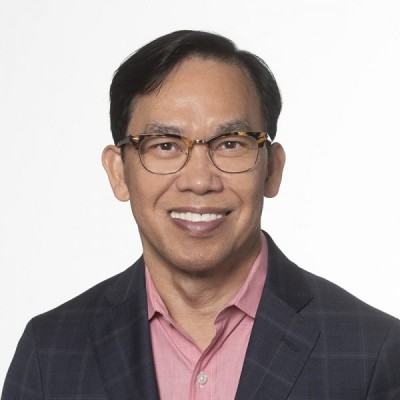 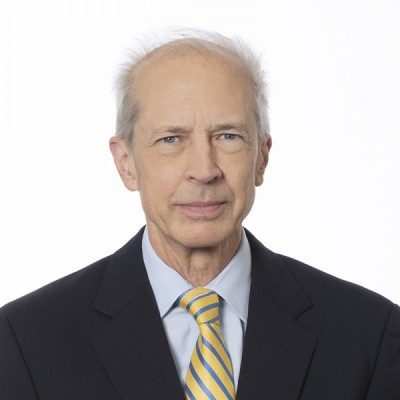